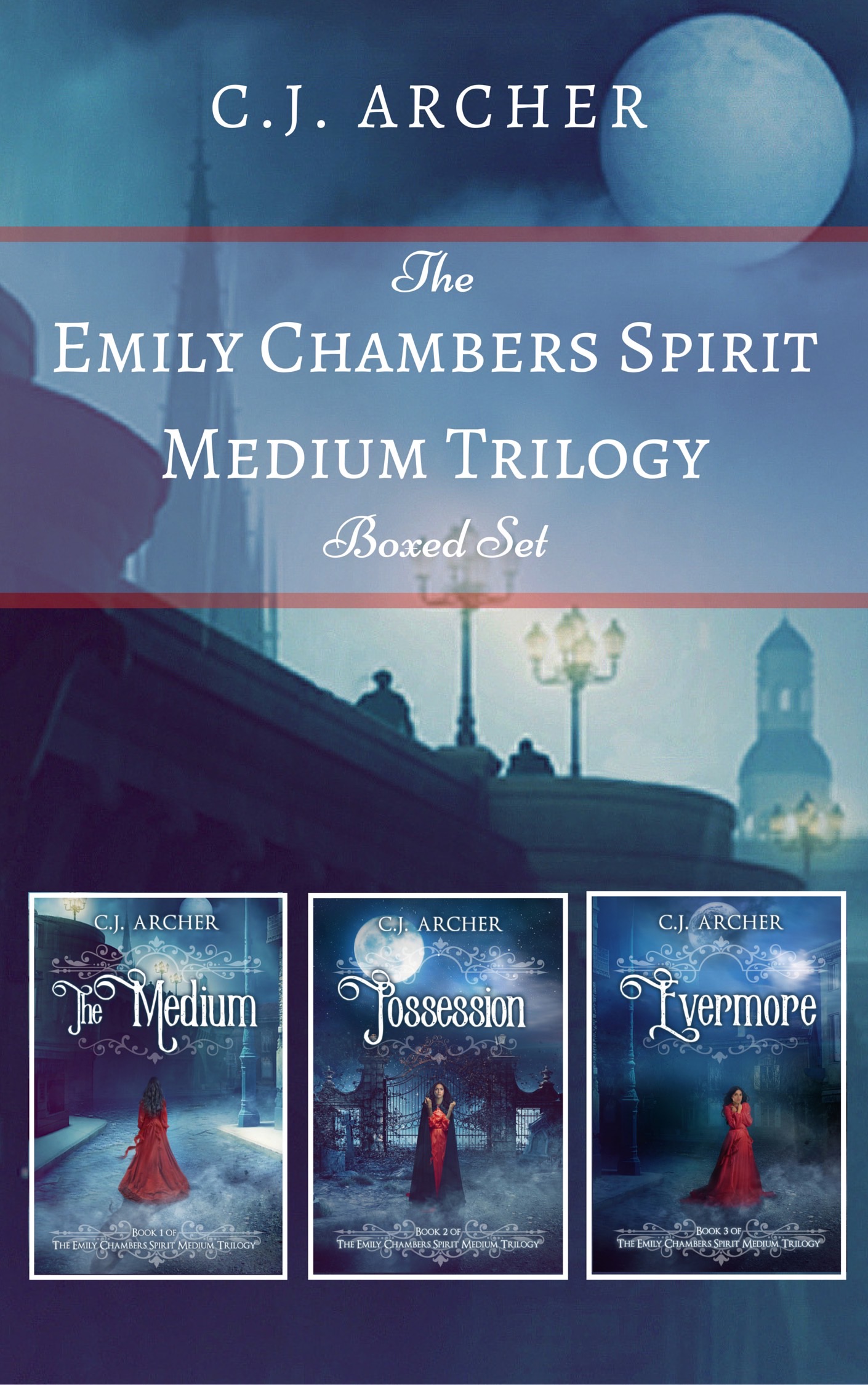 Limited Time! Get all 3 books in C.J. Archer’s romantic historical fantasy mystery series, THE EMILY CHAMBERS SPIRIT MEDIUM TRILOGY, in a single volume for only 99c/99p

Jacob Beaufort’s spirit has been unable to crossover since his death several months ago. It might have something to do with the fact he was murdered. Or it might not. All he knows is, he has been assigned by the Otherworld’s administrators to a girl named Emily. A girl who can see and touch him. A girl who released a shape-shifting demon into the mortal realm. Together they must send the demon back before it wreaks havoc on London. It should be a simple assignment, but they soon learn there’s nothing simple when a live girl and a dead boy fall in love.