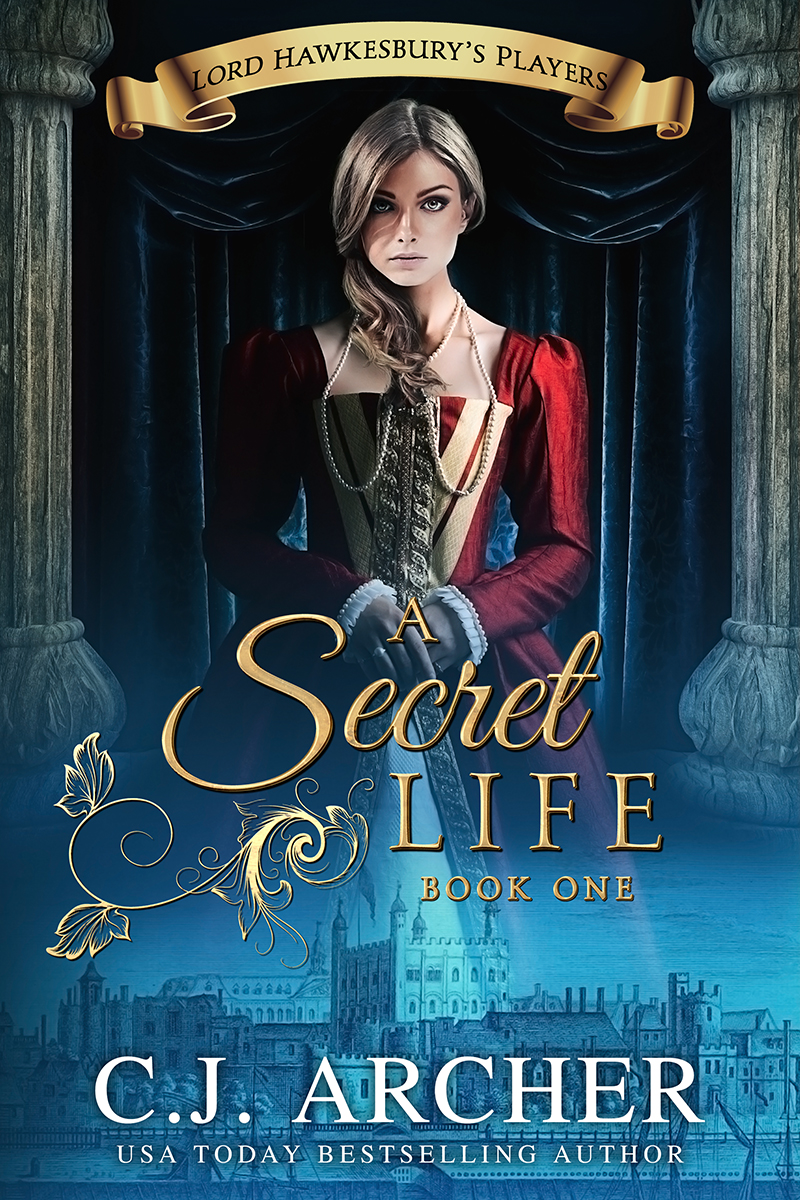 Minerva Peabody needs a man.  Unfortunately she picked the wrong one.  The impoverished playwright has a dream to see her plays performed on stage but in Elizabethan England, not only are women considered the inferior sex, they simply do NOT write plays.  Faced with rejection after rejection, she decides to take one more chance with the most desperate theater manager in London, only this time she’ll use the cover of a man.  Sucked in by a pair of bright blue eyes and impressive shoulders, she chooses Blake out of the crowd, never thinking he’ll actually play an active role in her ruse.  But when he does, he gets under her skin in the most alarming way.

Privateer (don’t call him a pirate to his face), Robert Blakewell, accepted Min’s proposal to give him a cover while he searched for the cur who got his sister with child. But when his mission threatens to destroy Min’s fledgling career, he must make a choice: protect his family or the woman he has grown to love. Either choice will see him lose something precious.

A SECRET LIFE is a romp through Elizabethan England and features cameo appearances from William Shakespeare.