Murder at the Dressmaker's Salon

As fashion designer to London’s elite, she had an eye for detail and a flare for the dramatic. But there’s nothing stylish about her cold-blooded murder.

With the social season just around the corner, the women in Cleo’s family are having new outfits made by the most sought-after designer in the city. Madame Poitiers is bold, self-absorbed and not French, despite her claims.

When Cleo stumbles on her dead body in the salon, she is in a unique position to gather clues and speak to witnesses. But she doesn’t expect to find Harry Armitage’s business card in Madame’s possession. What is the alluring private detective’s connection to the victim? And why is he avoiding Cleo?

As she peeks behind the veil of lies, Cleo uncovers the secrets Madame Poitiers tried to hide. But which secret led to her murder? And which one of the suspects turned the fashion icon into a fashion victim? 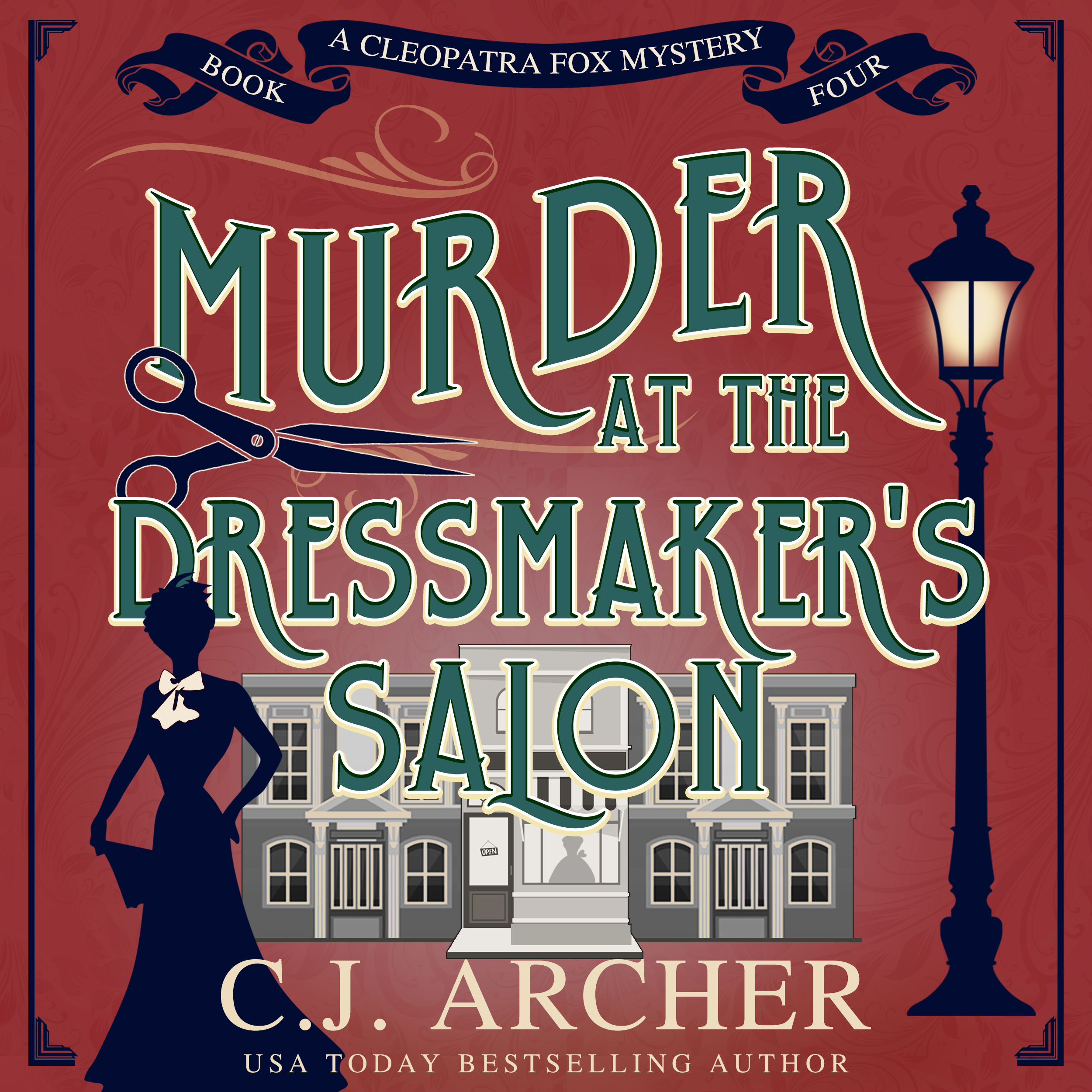 Murder at the Dressmaker's Salon is now available on audiobook from these online booksellers: