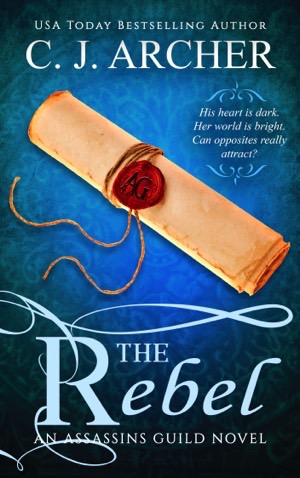 Cole’s heart is dark. He’s a mystery, even to those closest to him in the Assassins Guild. All anyone really knows for sure is that he’s ruthless, grim, and cares little for his own life. So when he loses his memory during an attack and thinks himself a naive eighteen year-old again, no one can really believe the transformation. But as his memory returns, so do the nightmares and the dark reality of who he has become.

Lucy’s world is bright. When gentle-natured Lucy falls in love with the damaged stranger, she thinks him a smiling, amiable gentleman. But rumors of a murder in the nearby village have her suspecting that her patient may be hiding a terrible secret.

Can opposites really attract? What will happen when Cole regains his memory and his past catches up to him?